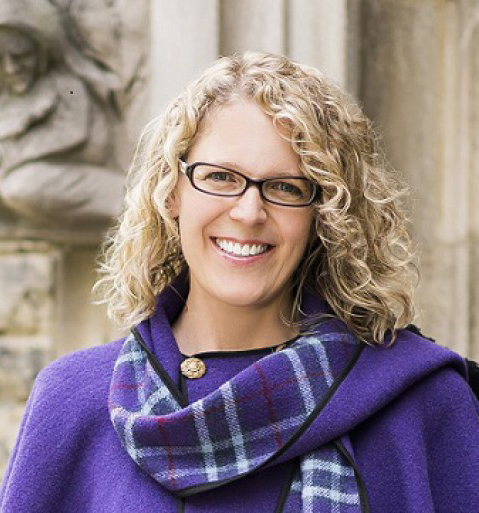 Michelle Voss Roberts is the 13th principal of Emmanuel College and the first woman to lead the institution as Principal in its 90-year history.

An expert in comparative theology, with a particular focus on Christian and Hindu contexts, Voss Roberts has also written widely about aesthetics, gender, and embodiment. Her teaching integrates the study of Christian theological traditions with theories of gender and sexuality, disability studies, and religious pluralism.

Among her numerous scholarly publications are several ground-breaking books: Dualities: A Theology of Difference (2010), Tastes of the Divine: Hindu and Christian Theologies of Emotion (2014), and, most recently, Body Parts: A Theological Anthropology (2017). She has also edited of a volume of essays for the introductory theology classroom, Comparing Faithfully: Insights for Christian Systematic Theology (2016). She is the recipient of grants and prizes from institutions including the American Academy of Religion, the National Endowment for the Humanities, and the Society for Hindu-Christian Studies.

Voss Roberts began her career at Rhodes College, where she was an assistant professor of religious studies from 2006 to 2011. From 2011 to 2018, she taught theology at Wake Forest University School of Divinity. She served as Associate Dean for Academic Affairs, the School’s chief academic officer, from 2015 to 2018. In this role, she contributed to changes in the curriculum to highlight issues of race and class, gender and sexuality, and religious pluralism. In 2017-2018, she culminated eight years of service with the Society for Hindu-Christian Studies as its president.

Voss Roberts is an ordained minister of the United Church of Christ, a denomination in full communion with the United Church of Canada. She brings to Emmanuel her deep understanding of the role of theological education in the twenty-first century, including a commitment to building communities of dialogue across different religious traditions.

Voss Roberts, her spouse, Brian Roberts, and their daughter love classical music, hiking, and their golden retriever. They live in the East Danforth neighbourhood in Toronto.