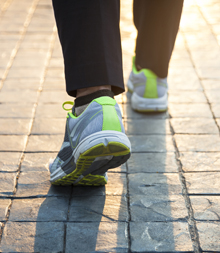 Is the person walking toward me a danger—or am I a danger to them?

Early this week, evidently I’d tossed in my sleep. I wakened to find I’d knocked my iPhone off the bedside where it was charging; it landed on the floor. When the phone showed “red zone,” less than twenty percent charged, I discovered the damage: the tip of the cable had broken off in the phone. I searched every cache known to me of old cables and chargers (we have several of them here and there): no iPhone charger. I looked up Amazon Prime delivery: April 20th. I called my husband for a new idea: “I’m sure any gas station will have one.” Is a cell phone charger “essential business” that should cause me to venture into a store?

My British friend Pam, who can clean anything (I do not have the gene to clean), told me how to do it: put a paper towel soaked in Dettol in a baggie and clean everything as you pass: the door handles to your apartment, the elevator call button, the “Lobby” elevator button.” Following her instructions, I make it to the lobby, knock the handicapped button with my coated elbow—now why did I do that? I wipe my elbow. I’m through one door, then pushing the handicapped button with the Dettol rag, through the second door.

As I walk with purpose toward the Esso station, I think about the Dettol towel in the baggie in my pocket. My defense. Pam had asked, did I know Dettol? Yes, I knew Dettol. I watched the commercial over and over from my hospital bed in a tropical disease center in South Africa when I was evacuated from rural Congo, ending my second research trip. After a week of lying on the couch of the guest house where I was residing, unable to sit up without the sensation of fish swimming in my head, I decided medically evacuate—a truck, to a medical evacuation plane (that I usually rode as a visitor, not as a patient), to a taxi, to the Milpark Hospital ER. I lay in the gastroenterology ward for twelve days, watching Dettol commercials, one side of the screen showing a surface with swiggly lines indicating it was filled with germs, the other side showing a surface after being swiped with Dettol, only a few germs remaining. So, some germs will survive on the surfaces I swipe. Swipe twice. Swipe three times. Hard surfaces no longer dangerous—or are they?

As I walk down Lakeshore Road, someone walks toward me. The human danger. Do I impolitely step to the side? As a seminary student in Evanston, Illinois, I was a twenty-seven-year old trenchcoated suburbanite. I enrolled in the course “The City,” taught by my advisor, Dr. Stanley Hallett, who was also appointed to the Northwestern University’s Center for Urban Affairs and Policy Research. Stan had sent me into Chicago’s inner city to do a congregational study: to interview pastors and lay people who could tell me why the Humboldt Park United Methodist Church had survived when all other churches and most community organizations had closed. Could I walk around Humboldt Park? Stan taught me: “Oh, I’m convinced, if you look confident, you can go anywhere.” From then on, I developed my street smarts: I paid attention to potential danger but I willed confidence until I felt confident. I had developed a rule: “Never cross the street.”

I watch the person walking toward me, trying to unlearn a lifetime assumption: they are not dangerous. I try to will myself to practice something new. As I struggle, looking for temperance in some cache in my soul, they turn, nonchalantly jaywalks across an empty Lakeshore Road, and avoids the danger I may pose to them. As I pass person after person, I learn: we walk in zig-zaggy patterns through Burlington, temperately assuming that we are all potential dangers to one another. In doing so, we no longer greet the person we encounter on the street. I reach the Esso, able to moderate my behavior, but sad for needing to do so.

Temperance wills us to redirect lifelong practices aimed toward virtue that do not promote the good in this situation.